Did she or didn’t she?

After a volatile episode of The Celebrity Apprentice, the question on viewer’s lips is: Did Kenya steal Vivica’s phone?

To fill you in, there has been tension between the women from the get-go. Suspicion comes in when before the team hits the boardroom to learn their fate in episode six. Circumstantial evidence was broadcast by Kenya herself when she looked into the camera and boasted, “Little do they know I have some tricks up my sleeve.” 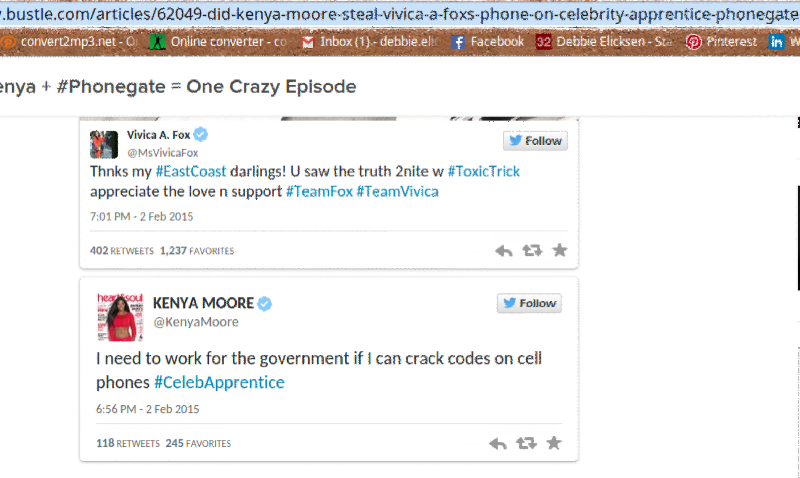 Sure, this all makes for good television drama on one of network television’s most popular show. But seriously? If your coworker stole your phone and hinted about it in a boast, then suddenly a derogatory tweet showed up as seemingly posted by you, wouldn’t you call your lawyer?

Kenya may not have stolen Vivica’s phone and perhaps it’s just a strange coincidence. But if she did, there is a term for this type of behavior and it does also come in the form of a hack: cyberbullying.

It is a crime. It may not be named as such in your state, provincial, or federal legislation. It will be dressed up as theft, harassment, and defamation libel, but it is still a crime.