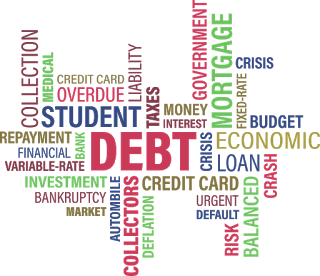 When people are swallowed under a mountain of debt they cannot repay, they already feel shame, regardless of how that debt was incurred. To have others publicly shame them only adds insult to injury. It surely doesn’t solve anything or make them miraculously find the money to pay everything off.

The U.S. Department of Education has said that of the students who entered college in 2006, at least 59% didn’t finish their degree within six years, and only one in three students graduate from community college. Student loan debt in the United States is at $1.2 trillion among 43 million with an average debt load of $37,172 per student. In Canada, the debt load is $28,000. You have to be out of school for at least seven years before a bankruptcy court will consider your student loan for discharge. Maybe five years if you can prove undue hardship. Hmm. For the average personal bankruptcy, doesn’t financial hardship CAUSE people to file for bankruptcy? The bar is set pretty high to get this debt discharged. It also does not fall under the statute of limitations that other debt does.

The student loan business is a multi-trillion dollar industry that grows by more than $2,726 every second. Students spend the rest of their lives in wallowing debt before they can start their career. College tuition costs range $40,000 to $100,000, all for the sake of a degree, a degree that, may or may not be compatible with the real job market.

Since the 2008 recession, 50 percent of the job losses affected those aged 15 to 24. While there has been some recovery, for the most part, low wages, underemployment, and inability to save are just a handful of contributors to why someone cannot pay their debt.

So when Pulitzer Prize-nominated author Lee Siegel suggests that students who cannot pay back their loans should choose life rather than spend a lifetime of stress and hardship swallowed in oppressive student loan debt, the people with good paying jobs and careers have sharpened their pitchforks.

It is awkward when people openly debt shame others for defaulting on student or household loans.

Debt shaming does not cure or prevent debt. It is easy to judge others for their circumstances, even if they did it to themselves through bad decision making. To the people doing the finger pointing, imagine for a moment:

If you don’t have Mommy and Daddy or friends available or willing to bail you out and you can’t find a good-paying job that will lift you up, it is all but impossible to clear off your debt. Until you experience what a good percentage of your friends and family and fellow North Americans are experiencing, then you have no room to judge. There is the extreme rare example of someone who deliberately abuses the credit system and without conscious leaves a trail of debt, only to do it again. For everyone of those people, there 95 percent more who have found themselves in over their head or fate has dealt them a lousy card.