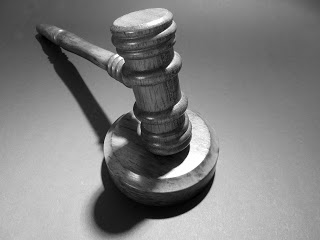 Can an anonymous Twitter troll seek redemption and reverse his or her behavior? Perhaps. At least that is what this person is saying.

Isabella Sorley was convicted and served 12 weeks of prison time for her role in the online assault of Caroline Criado-Perez, to which her actions totaled all of ten minutes. John Nimmo was convicted alongside her and served eight weeks.

The implied threats were serious enough to warrant a conviction and time. Let that sink in.

There are a number of factors Isabella cites for warranting her despicable behavior, namely alcohol, mob mentality, the ease of the platform, the anonymity, everyone else was doing it so why would she get caught? Yes, all of these may have played a role, but making the actual decision to pick up your finger and hit a keyboard and send button lays solely on the person who sent the tweet.

The victim’s life will never be the same. Sure, these people may have been prosecuted, and the rest of the mob may have discontinued their online assault. But what is to stop the next mob from doing the same thing to her tomorrow? Or maybe they’ll just pick a new target.

It is an overwhelming and uphill battle to enforce such a crime, but as a society, we must gather up the wherewithal to keep reporting, even if it means flooding our law enforcement desks.

The Internet is not going away. We desperately need the laws to reform and reflect our current realities. We will not accept the insane and short-minded laziness behind the phrase: “just turn off your computer.”

In the case of Perez, her cyberbullies were also forced to pay a fine. This is a case that offers some hope for the future.

Sure, one or both of these Twitter trolls may have found God. Perhaps they are indeed repentant. But words alone will not erase the fact they uttered both rape and death threats.

What was Caroline Criado-Perez’s Twitter crime? She lobbied for a woman to be represented on British currency.