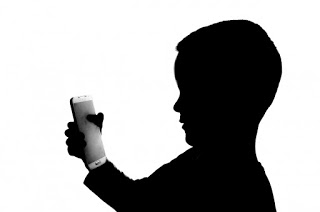 Alternate messaging apps are a fantastic tool, convenient and easy to use, but they are also a pedophile’s dream.

WhatsApp, Snapchat, KIK … these and other messaging apps have become a mainstay in the daily lives of both adults and children. The chat/browse/share aspect of technology is not going away any time soon.

But in using KIK as an example, the app uses names, not phone numbers, to set up an account. While you can get away with creating a fake account in pretty much any media, in the instant messaging apps, it’s a lot easier because you have direct online access without going through a browser, where your activity is tracked.
So with over 275 million users in KIK alone, it is open season for anyone with an ulterior motive. Such as when a CBC reporter created a fake profile of a 13-year-old girl to see who might approach her. It took only minutes to receive a number of sexually-motivated texts from random people who even admitted their real age.
Robert Cairns (@robcairns), who has 25+ years experience in the technology field as a programmer, network support analyst, and Internet security consultant, works with the Toronto police on cyberbully and Internet security issues. “Kids are ahead of their parents on tech issues. A seven year old understands search.”
You can blame the app, blame the Internet and take away your kids’ computers, try and sue the messaging app companies or Google, but that is never going to solve the real problem. Education is your first line of defense.
Yes, kids may know a lot more than you do about Internet things, but that isn’t your excuse for not learning about it yourself. Cairns has some tips on how to help keep your kids out of the hands of pedophiles.
Check their Internet history, but first, you need trust. I can tell you first-hand that when I was a kid, long before the Internet was born, if my mother gave me an ultimatum and told me not to do something, I did it anyway just to spite her. It’s all in the approach. Just think back to when you were your kid’s age.
Cairns advises against policing as a tactic. Nothing beats a two-way conversation. Teach them what they can do that is positive. Ignite their imagination. Empower them. Teach them how to use block skills; go to someone who can help.
Do something together with technology just to try out stuff and not be afraid.
Set up computer/Internet mentoring where they can ask questions. Let the stronger kids mentor their peers.
Be aware of the dangers, but don’t let the dangers control your fears. Education, learning savvy computer skills that include what to look out for, using that sixth sense, and using the block and report button for cyberbullies, that is how you beat the odds.