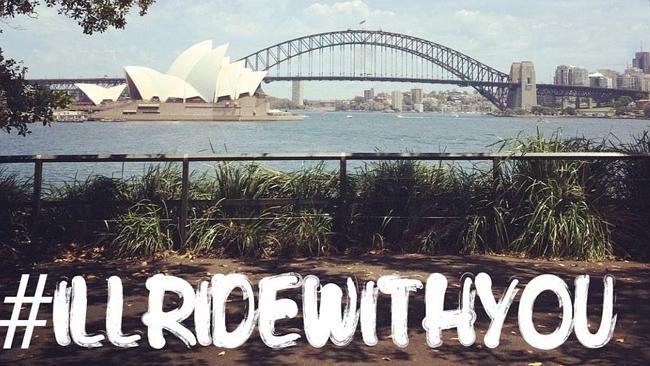 Terrible tragedies can bring out the best in people.

A gunman held people hostage in a Sydney coffee shop, which resulted in the death of two innocents. Because of the perpetrator’s cultural makeup, the event created an environment of anti-Muslim sentiment. To protect herself, a woman took off her hijab, but was told to put it back on because that person would walk with her. A simple gesture that became a viral movement.

Most of us who use common sense know that the actions of one person does not make a race or demographic. #IllRideWithYou celebrates the people who choose to turn tragedy into something positive.

When we collectively disregard the hate in lieu of love, WE decide how we want to live. We don’t allow the bullies to reign. We don’t even acknowledge them. Instead, we can make the world a better place, one gesture at a time.