Okay, we all know hacking is a serious breach and is truly a criminal act. It happens way too often, it seems, as companies continue to cut costs on their Internet security, thus putting their employees and customers at risk for identity theft.

Still, in the case of AshleyMadison, it’s hard to muster any sympathy, since the site encourages breaking marital laws. Pity the families who were unaware of a cheating spouse, unless both spouses had accounts, then we can expect their kids to be equal cads when they grow up.

As unsympathetic as these customers may be, this is something that can happen to anyone on any popular website. Imagine if Facebook and Amazon did not keep their security up to date (and face it, theirs is better than our U.S. and Canadian government securities, whose websites have been hacked). Although we don’t post dick pics on Amazon (let’s hope not) and we hopefully don’t put our entire families at risk for fraud, extortion, or worse as these profiles flood the dark web.

Now to learn the company may have hacked its competitor sites? Geez, Louise.

In the meantime, the memes say it all about how the rest of the world feels about AshleyMadison users. 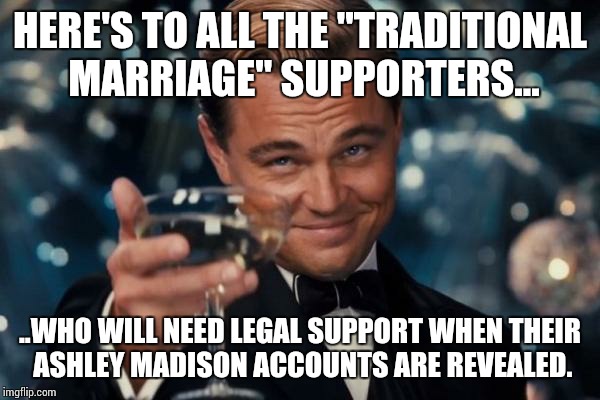 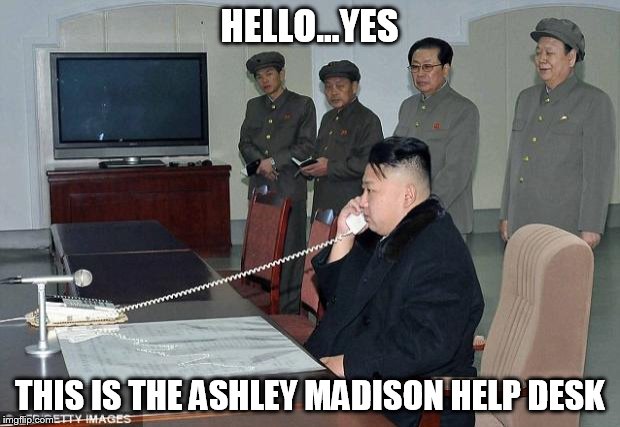