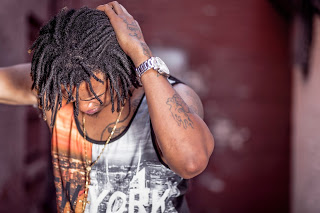 Somewhere along the line, some doorknobs of society chose to wake up on any given morning (more likely a late afternoon) to hate on Olympic athletes participating in the 2016 Olympic Summer Games. Truth be told, it isn’t just the athletes in the Rio Olympics. Assholes have no boundaries.

Yes, as the head of Rio’s cybercrime unit Alessandro Thiers reports, this is how some people choose to be famous.

Be careful what you wish for.

The beauty of this particular story in Rio is that these racist cyberbullies are getting a taste of fame — of the big huge billboard kind. Yes, payback is a bitch, my friends. Their hateful tweets are being broadcast physically in billboards spread about the city. Perhaps a public shaming for public shaming is better than the weak Internet laws that are prevalent worldwide.

It likely won’t stop the hateful tweets. How proud their parents must be when they drive by one of these billboards and see their son or daughter’s name authoring such intense hatred for humankind.

The thing is with the Internet, folks, there are ways to find you, even if you throw up a fake name. If someone is hellbent to pursue the ends of the earth to open a can of whoopass justice on you, once you are found out, your name will be linked to your actions for everyone to see, even your employer.

Here is the full story about the campaign to stop these morons from their toxic attacks. It makes you think if these people are so well versed in athletics, that they feel they can hate on a Black athlete who lost an event, why aren’t they in the Olympics?