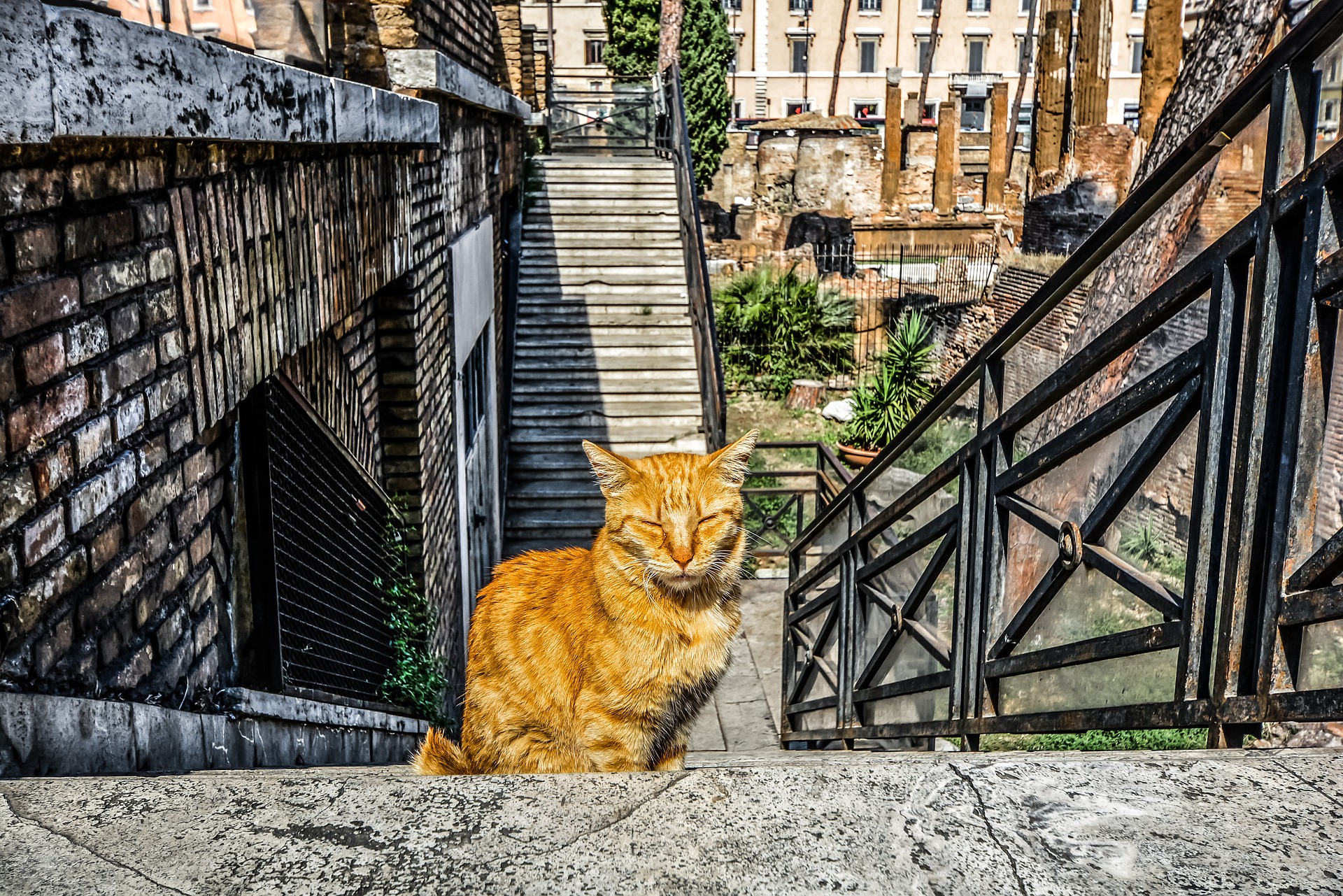 I love a big city. Its majestic skyscrapers, the hustle and bustle, the lights, the amenities — it’s my preferred way of life. But the city has a dark side. Despite the obvious treacheries for humans, for animals and birds it can be especially cruel.

The bigger the city, the greater the chance of finding homeless cats and dogs on the street and lost feathered souls in one’s backyard.

In Phoenix, Arizona, there were two homeless cats that lived outside of my motel room. They had been there for years. One was nearly blind and standoffish; the other was as friendly as a domestic. There were others that came by at night hoping that motel residents would generously leave scraps of leftover meals outside their doors to help them out. I had stayed at this motel for several months. 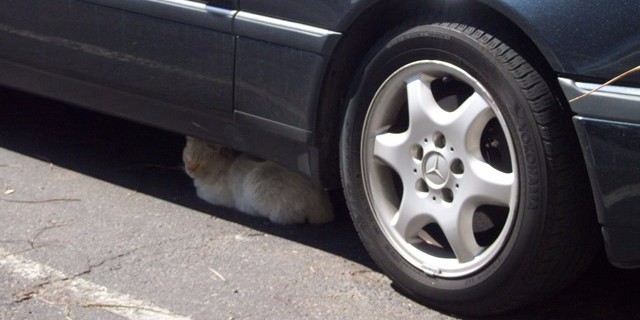 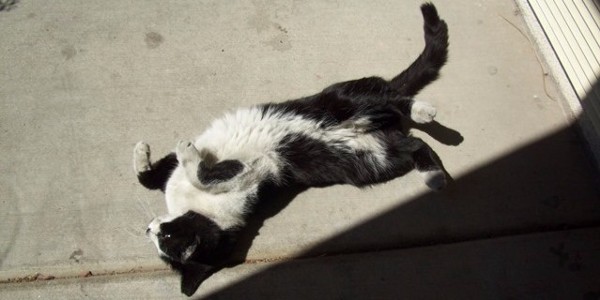 There was a night (that stretched into four) where it seemed as though some uncaring and heartless human had dumped a domestic cat outside this establishment to let it fend for itself. Its endless crying and wailing was heartbreaking. I tried to find it, but the poor thing was terrified and disappeared into the darkness whenever you tried to get near it. The following morning, I called around the city to find a shelter or humane center. What I learned was even more devastating.

Because there were so many homeless cats and dogs, the only time animal enforcement would come is if there was a dog in distress. Relatively healthy dogs and all cats were on their own. You had to have the means to capture it and transport it to a specific veterinarian clinic, but it was unclear what would happen to it after and I can’t remember if they charged a fee. There were just too many homeless cats and dogs.

Hope via the LED TV

John Fulton, the host of Animal Planet’s Must Love Cats traveled the United States to find the most amazing humans who fostered kindness and joy into many cats’ lives. There have been examples of special people who turned a compound into a cat rescue facility, and that just makes my heart smile.

You probably have a program list of animal advocates, too. There are many special humans who have created animal sanctuaries all over the globe. Some are well known; some are not. Others have branched out neighborhood to neighborhood, based on local or an individual animate’s need.

I personally know of a few humans like this. There was a woman in Edmonton who made a padded, enclosed shelter with a small entrance on her front step. Inside was water and food and a place to sleep for a homeless cat that happened to walk by in search of shelter on a frigid Canadian winter night.

You may or may not have heard about Canuck the crow, who hails from Vancouver, B.C. in Canada. Like most sassy, intelligent, and sometimes thieving cordidae family members, Canuck garnered worldwide attention when he stole a knife from a crime scene. The picture of him holding it went viral. But what many didn’t know was this special crow adopted a human named Shawn Bergman. Thus began a documented storytelling about his daily antics on the Facebook page: Canuck and I.

The press clippings continue to grow for this corvid and a movie doc was just released.

One of the key reasons that Shawn and others have used social media for is to not just tell the story and document the growth of an animate being, but to shed light on what makes the species special, to educate in the hopes that people will use understanding instead of meanness in future encounters. 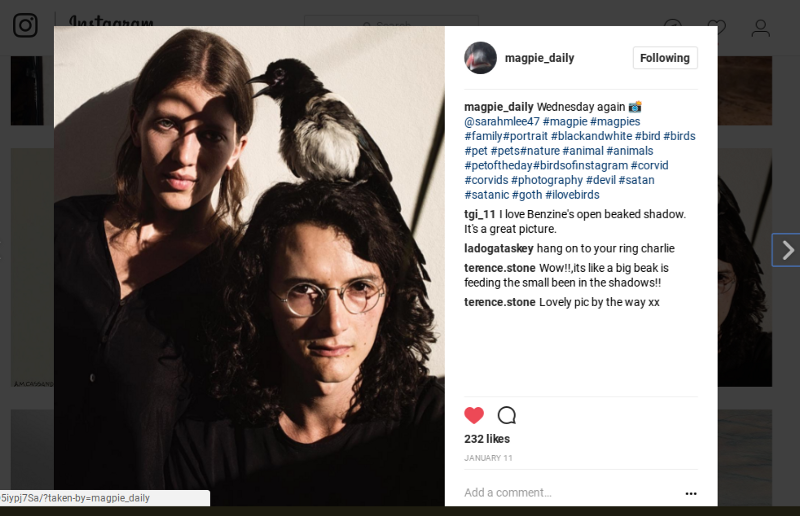 Like Vancouver’s famous crow, Benzene the magpie has also had a documentary made about him, by the BBC called My Unusual Life. The Man Who Lives With a Magpie. Charlie Gilmour rescued this bird when he was a baby and Benzene has become a permanent resident in his home. You know when a human becomes completely committed when he grows his own worms. Fun fact: Charlie is the adopted son of David Gilmour, Pink Floyd’s vocalist and guitarist. 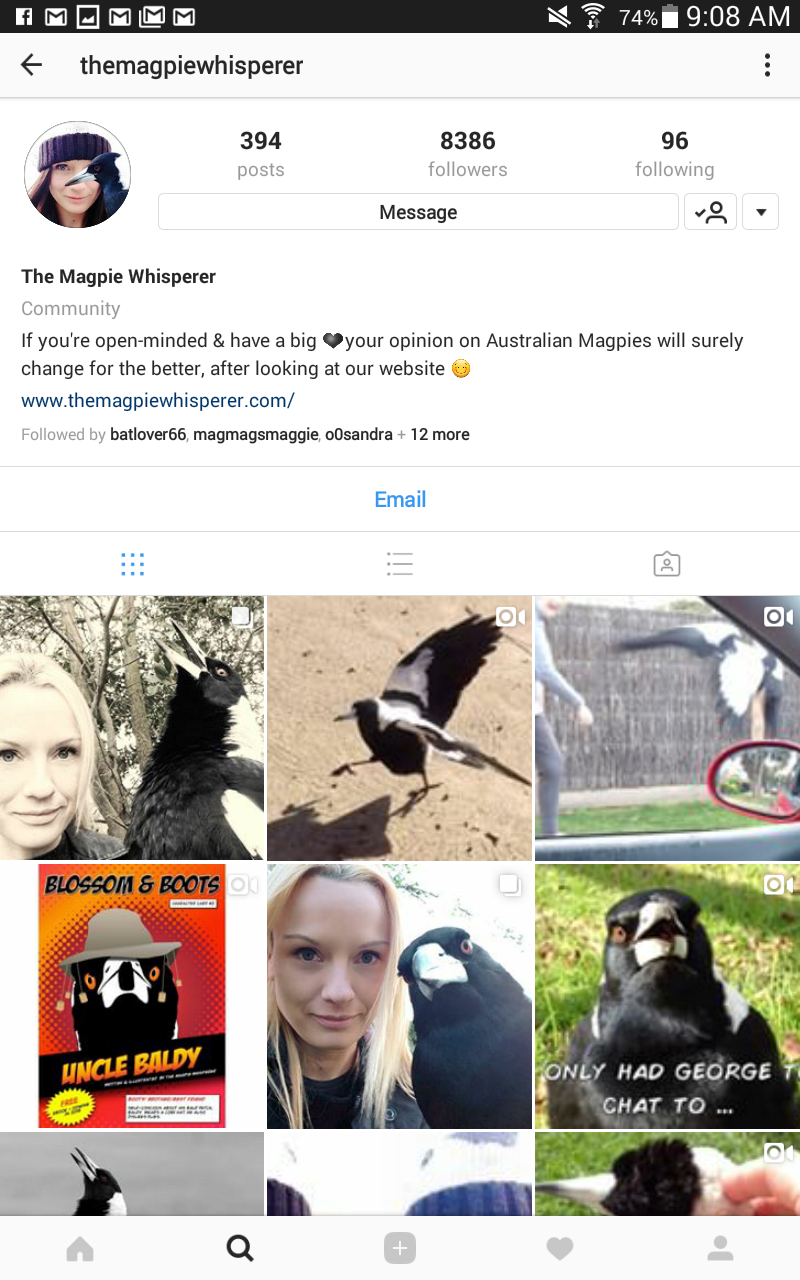 The Magpie Whisperer created her following by showering her Australia backyard magpies with a play park and a ton of love, then shared her pictures through social. Her magpies are not rescued but wild, but she shows how devoutly they can bond with a human — as well as any Vancouver crow. 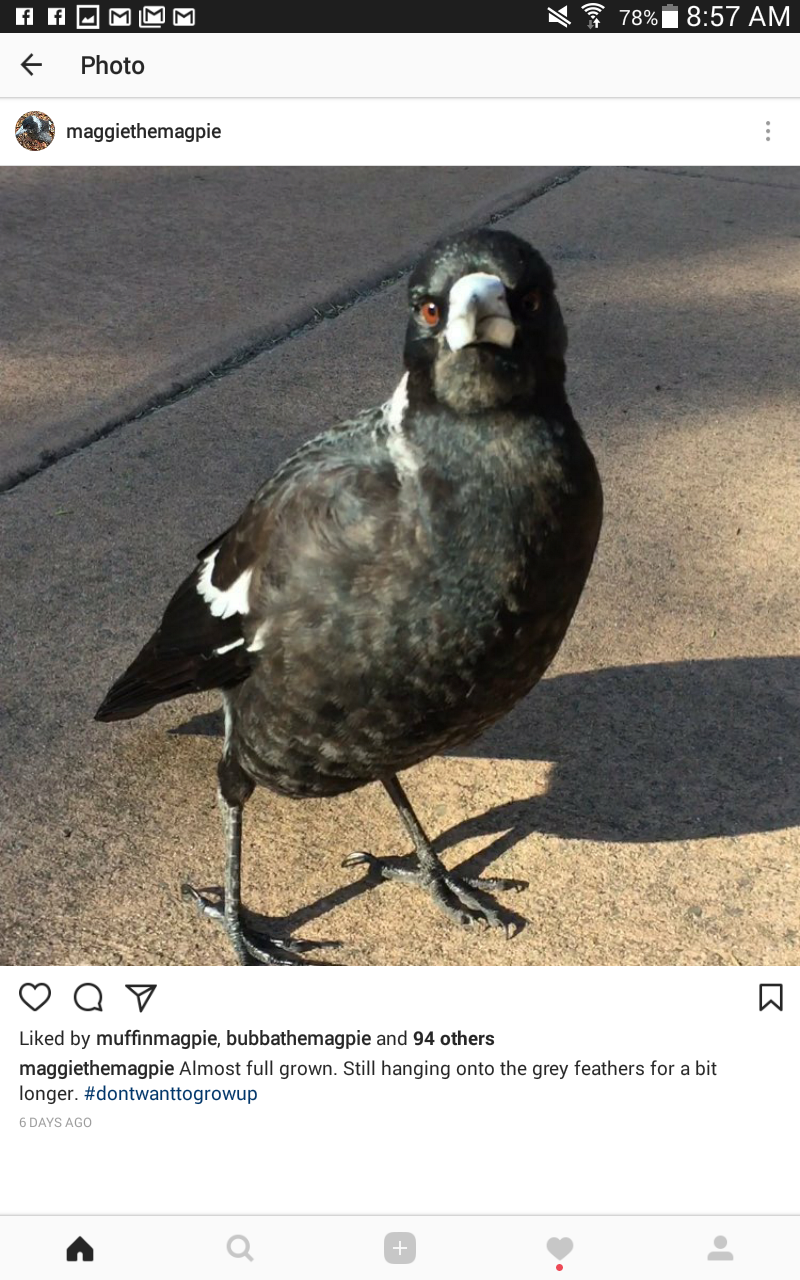 The Maggie the Magpie Instagram feed documents the story of a rescued magpie that was nursed into adulthood and integrated to be set back into the wild. 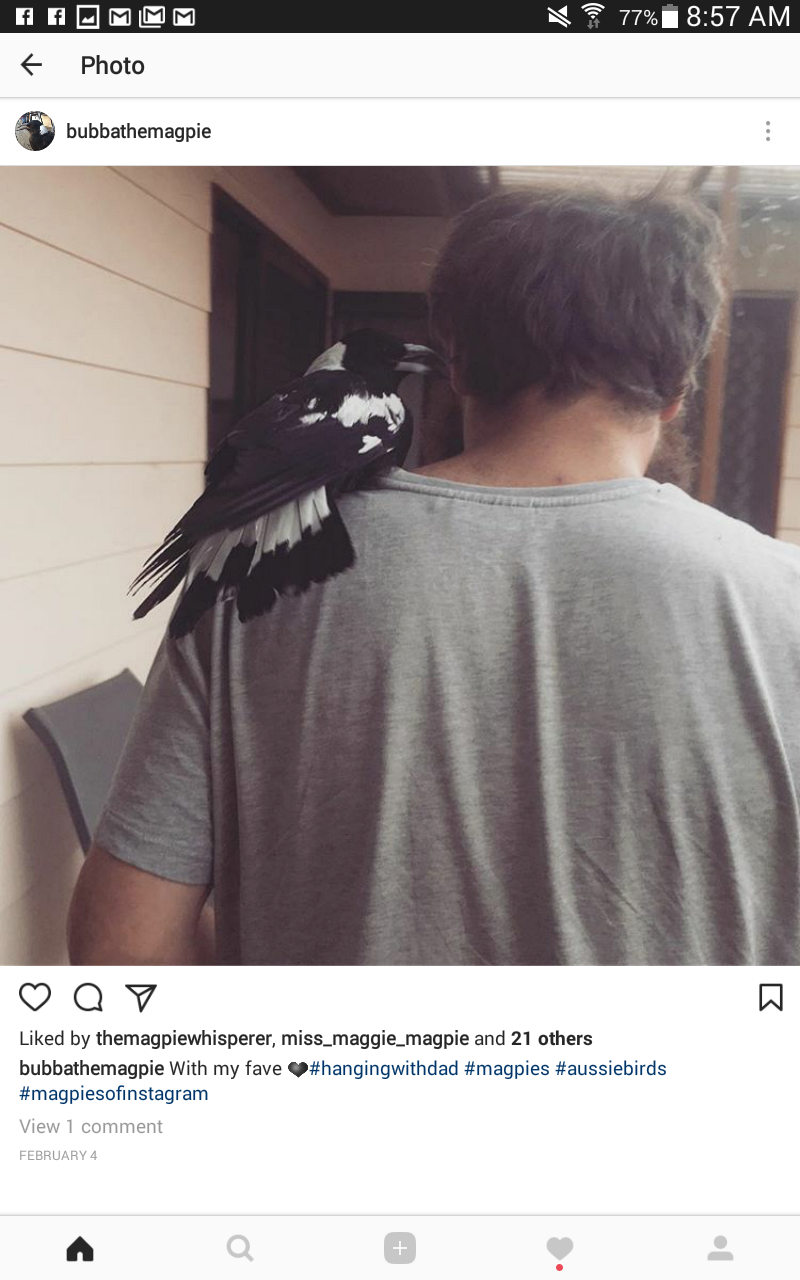 The corvid Bubba the Magpie has a similar story to Maggie’s and is featured bonding with its humans and enjoying the wild. 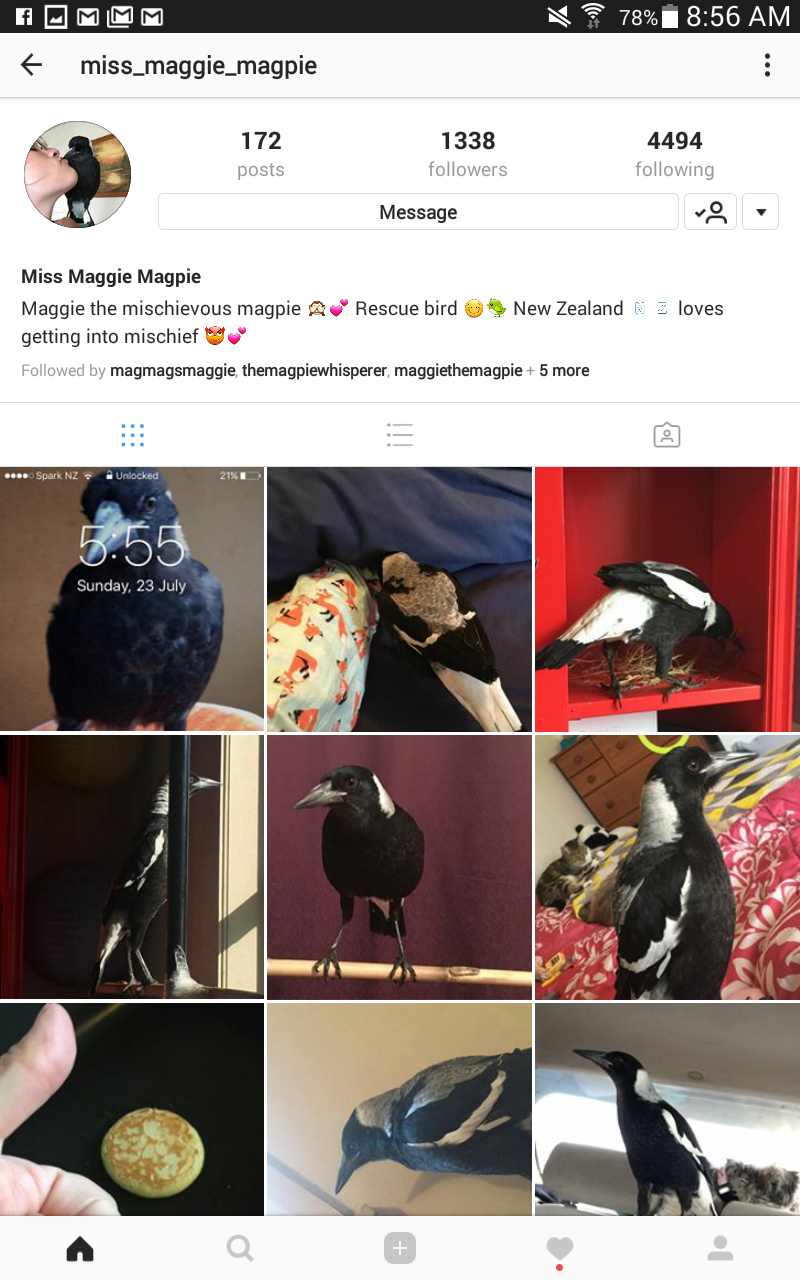 Miss Maggie Magpie is a rescued bird from New Zealand.

These Instagram and Facebook examples are just a small snippet of the great work people are doing to go the extra mile to care for this planet, one bird, one kitten at a time.

If you have rescued and raised an animate (especially a magpie), I’d love to hear your story, too.

Debbie Elicksen is a digital publicist, writer, and marketing and transmedia strategist. She helps companies and entrepreneurs learn how to reinvent, promote, and grow their business using the free tools readily available. She has over 20 years of direct media experience: TV, print, radio, and Internet; is a former sportswriter; and has written and published 14 books. @bookpublish101 www.debbieelicksen.com www.magpieexecutive.com