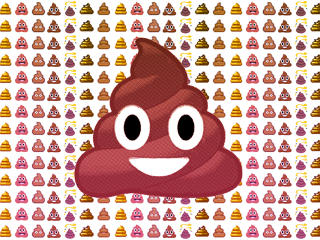 +Michael Nuccitelli Psy. D. describes Twitter Pooping as: “a colloquial expression used to define the cyberbullying tactic of using Tweets to disparage and humiliate a target … Twitter Pooping tends to be frequent insults and provocations that often use ‘net lingo’ to fit the harmful message the cyberbully is attempting to convey.”
Tweets can be dispersed in rapid succession, much like an AK-47, by numerous people, sent at the same time.
We know there is a legion of Twitter trolls who respond with insults and unrelated garbage when they take issue with a tweet or someone’s existence. Twitter Pooping actually takes that to a new elevated level. Such as if your cyberbully enlists 10 of his friends and they set out to spend the next three hours firing off hateful tweets to your @twitterhandle at breakneck speed, flooding your Inbox and Mentions for seeming eternity.
These are not just off-hand comments. This is a planned and targeted attack with one goal in mind: destroy the psyche of the recipient.
There is no thought or remorse about what the end result might be. Most of these creeps are anonymous, but often, some are not. The only power they can ever feel about themselves is behind a keyboard when they beat up on someone else, whether it’s someone they know or they just decided to poop on someone at random.