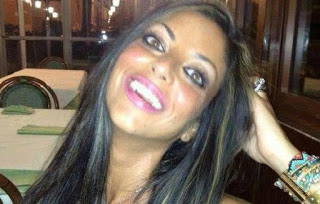 Tiziana Catone lived a public hell. She tried twice to end her pain, but finally succeeded on try number three. A desperate plea for help for a system that could not save her.

It all started with a sex tape, one that she willingly made, and then sent to a couple of friends. It was a mistake she could never take back.

Almost immediately, the tape was posted online, reshared, and viewed over a million times — without her knowledge and without her consent. There were t-shirts, smartphone covers … a serious marketing campaign was created at her expense, to which she never saw a dime.

Tiziana was mortified. She did everything she could to get her life back. She tried moving, changing her identity, but the notoriety followed her to the ends of the earth.

She won a “Right to Be Forgotten” ruling and the video and all of its chemtrails were ordered offline. It didn’t work and the courts invoiced her 20,000 euros for her efforts.

She hung herself at her aunt’s house.

Even in death, the bullying continues. Yes, she may have been naive to think such a video might stay private. But if you really look at the backlash against her, would it be so horrific if she were a man? (Hint: the lover in the video didn’t have to change his identity. He doesn’t have his name up in lights, or had to go to court to fight for a Right to Be Forgotten order.)

Tiziana Catone saw no way out and felt that society actually bought her the rope. Her life didn’t matter. Why? Over a sex tape? What about Paris Hilton and Kim Kardashian? They made their careers from a sex tape. Why don’t you hear about the man getting beat up online about his involvement?

For all the Tiziana Catones out there, I hope there is another way. Perhaps if one can build up their personal shield to deflect all the bullshit, they can eventually call out the haters and expose the hypocrisy of this type of cyberbullying. In the case of Tiziana’s family, what they should do is sue the bastards for royalties.

If the cybercriminals can’t be held accountable on criminal law, then maybe it’s time to get them to pay up from the commercial side.